These links were originally from glbtq.com - once an excellent encyclopedia of gay, lesbian, bisexual, transgender, & queer culture but now archived. Used with Permission.

While denominations such as the Metropolitan Community Church and the Unitarian Universalists welcome full participation by glbtq members and clergy, others are divided over glbtq issues, and some are ardent supporters of the most homophobic elements of the New Right.

The listings on this page are for specific denominations who have within them, a gay, lesbian, bisexual, transgender support organization. If you know of any that are not listed, could you please send me their information.

Note from Mary: This is taken from a letter by Brother Lawrence Damien (aka Rev John Brown) to the Social Group during a discussion on celibacy:

I am Catholic (though not Roman - I am from the California Diocese of The American Catholic Church which is an Independent Catholic Church) and have spent several years studying Catholic theology including the basis for their belief in celibacy for priests.

The church would claim that Jesus was single, taught celibacy, as did the Apostle Paul. They would also claim that all the apostles were single so they could devote themselves fully to God. They would say that Paul taught that celibacy was better than marriage and a higher calling. So those following celibacy were believed to have a higher calling and to be holier than those who didn't, and were closer to perfection. So what is the truth here?

It is wrong - and dangerous - to believe literal truth can be found in religious texts.

Human beings, in nearly all cultures, have long engaged in a rather strange activity. They have taken a literary text, given it special status and attempted to live according to its precepts. These texts are usually of considerable antiquity yet they are expected to throw light on situations that their authors could not have imagined. In times of crisis, people turn to their scriptures with renewed zest and, with much creative ingenuity, compel them to speak to their current predicament. We are seeing a great deal of scriptural activity at the moment.┬Ā

Disclaimer from Bridget: This is what I believed at one time, however my beliefs have evolved, and I am no longer a member of the Mormon Church.

Basic Background of the LDS CHURCH

1. The actual name of the Mormon Church is the "Church of Jesus Christ of Latter-Day Saints." Mormon is a nick-name given to the church because of a book of scripture they believe in, called The Book of Mormon. The word, Latter-Day is as opposed to former days of Christ, meaning that we are living in the last days before the second coming of Christ. The members in Jesus' early church were called 'saints', which is the reason that LDS members call themselves 'saints'.

Note from Mary: My eldest daughter's family is Mormon, and I do respect and wish to support ALL LGBT's, and hence the reason for this page. I hope you will find the information uplifting. ALL are welcome at Christian Gays.

Al-Fatiha Foundation - is an international organization dedicated to Muslims who are lesbian, gay, bisexual, and trasngendered, those questioning their sexual orientation or gender identity, and their friends.

Al-Fatiha's goal is to provide a safe space and a forum for LGBTQ Muslims to address issues of common concern, share individual experiences, and institutional resources. The Al-Fatiha Foundation aims to support LGBTQ Muslims in reconciling their sexual orientation or gender identity with Islam. Al-Fatiha promotes the Islamic notions of social justice, peace, and tolerance through its work, to bring all closer to a world that is free from injustice, prejudice, and discrimination.

There is a hadith (a story about Muhammad) which says that Allah has ninety-nine names. All the versions of this hadith are narrated from Abu Huraira, one of Muhammad's companions, but there are some differences between the versions narrated through the different chains of narrators. Imams Al-Bukhari and Muslim compiled the most famous books of hadiths and included only those hadiths that are considered authentic (sahih). They give the following versions of this hadith:

In 1811, barely 10 years after Sacajawea brought Lewis and Clark through the Pacific Northwest, Fort Astoria fur-traders encountered a unique and curious individual. The traders were dumbfounded to observe the arrival of a young Kootenai Indian woman named Qangon, who brought and delivered a written message from a Spokane River trading post. That Qangon survived the 400-mile journey didn't surprise the traders nearly as much as the fact that she was dressed like a man, and brought her wife along.

It wasn't long before the traders' befuddlement led to gleeful acceptance, after realizing Qangon would be one hell of a qualified trapping guide to the interior's abundant natural resources. For the next 25 years, she worked as a professional Columbia and Snake Rivers guide, trapper, courier, and is still honored by the Kootenai people as a "warrior, prophetess, and peacemaker." During that time, between blazing trapper trails and living Kootenai tribal life she, in effect, walked between two worlds.

Qangon was a lesbian berdache, or Two-Spirit, and she wasn't alone. Historians say gay and lesbian Two-Spirits have existed in nearly every aboriginal culture, including virtually all North American aboriginal tribes. Two-Spirits were the trendsetters, the songwriters, the vanguard ambassadors to other cultures. Because they were considered to have a spiritual "foot in two worlds," Two-Spirits presided over conflict resolutions, acted as couples' counselors, and were prized as the best of shamans.

2 Spirited People of the First Nations (Centre for Indigenous Sovereignty)

The mission of BMC is to cultivate an inclusive church and society and to care for the Mennonite and Brethren lesbian, gay, bisexual, transgender, and allied community.

Brethren and Mennonites do not subscribe to formal creeds or doctrines developed by a church hierarchy: our only written authority is the Bible. Interpretation is done by the body of believers themselves. However, through an emphasis on strict application of the Scripture our churches have developed guidelines of faith and witness which often distinguish us from other Christian denominations.

A Common Bond is the worldwide support network for gay, lesbian, bisexual, and transgender individuals who were, or still are, associated with Jehovah's Witnesses.

We began in 1980 as a simple mimeographed newsletter, and have since grown into a worldwide network with local chapters and annual international conferences. The mission of A Common Bond is to provide support and comfort to individuals whose sexual orientation is in direct conflict with Jehovah's Witnesses anti-gay teachings. We are here to be your friends and offer you our support and comfort, because we all have shared the experience of being gay, lesbian, bisexual, and transgender Jehovah's Witnesses -- our Common Bond. 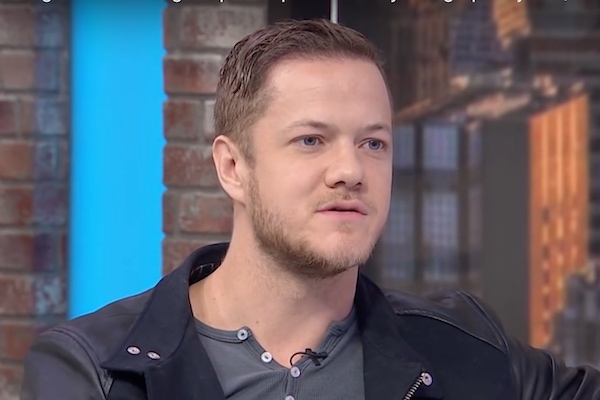 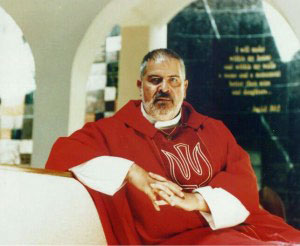 On an autumn Sunday morning in 1968 a twice-defrocked gay Pentecostal minister welcomed twelve people into his living room for a worship service. From that distinctly modest beginning the Metropolitan Community Church (MCC) has grown into a worldwide ministry with over forty thousand members in eighteen countries.

The Reverend Troy Perry felt the call to preach at an early age, delivering his first sermon when he was only thirteen. Although his parents were not particularly religious, his family had strong church ties; one of his aunts was a Pentecostal preacher who handled snakes as a sign of faith and an uncle was a Baptist minister.

Jahed Choudhury and Sean Rogan have married in what is being called Britain's 'first' ever same-sex Muslim wedding. The newlyweds want "to show the whole world that you can be gay and Muslim" after exchanging vows in West Midlands. 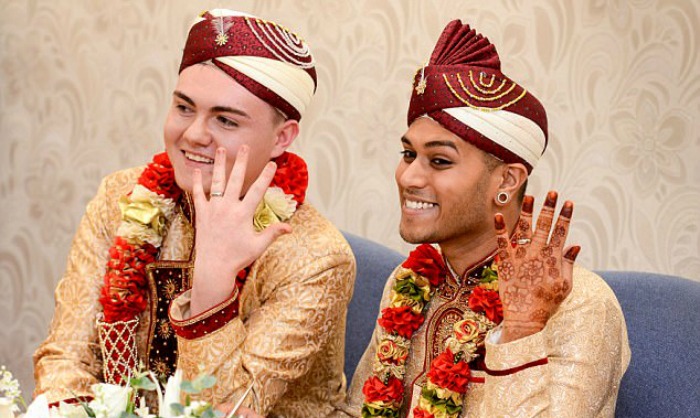 It is inevitable that Christians who would now be described as "liberal" will be the overwhelming majority of Christians in America. That sea change, the waters of which we already feel swelling everywhere around us, can no sooner be stopped than can the moon passing across the night sky. Today's conservative evangelical Christians who are rallying against "postmodern relativism," "revisionist secular theology," "a naturalistic doctrine of God," or however else they might label the theology of the left, are like yesterday's horse-and-buggy owners rallying against the newfangled automobile.

Read moreThe Inevitability of the Rise of Liberal Christianity

Just when I think the Roman Church has hit the bottom of the gutter with all of the Papal and Vatican sponsored attacks against the Gay community, we learn that we have yet to see the bottom.

The latest news to disgust me is the refusal of the San Diego Diocese to allow any of its parishes to bury a gay man who happened to have owned two gay bars during his lifetime. He chose to own businesses that catered to the gay community. That was his crime, his sin, that was so grave that it kept him from being buried from a Catholic Church or chapel. Is the Bishop trying to buy political capital with this decision? Is he pandering to the religious right and the Republican party for some reason?

I have once again finished reading an official document issued by the Vatican in Rome that deals with the complex issue of gays in ordained ministry. Not since the document "CONSIDERATIONS REGARDING PROPOSALS TO GIVE LEGAL RECOGNITION TO UNIONS BETWEEN HOMOSEXUAL PERSONS," issued two summers ago by John Paul II, have I been so absolutely dumbfounded at the total lack of knowledge, understanding, compassion, theological insight and right reason as it relates to the homosexual person exhibited by the Vatican hierarchy.

In the second paragraph of the Introduction to this latest obscenity from Rome, a clear unmistakable purpose is given as to why this document has been issued: "It (this document) contains norms regarding a particular issue, made more urgent by the current situation, and that is the admission or not to Seminaries and Holy Orders of candidates that have deep-seated homosexual tendencies."

Everywhere I turned today, I read yet again another perversion of Holy Scriptures with a decidedly anti-gay twist. It is an epidemic of ignorance and misplaced righteousness.

First, the Vatican is at it again, or should I say still at it. What I predicted last year has come to pass: The Pope has banned gay men from becoming Priests and has launched a new inquisition which he is quite experienced at as he came from the Office of the Inquisition. This Pope has sent squads of clergy to visit all of the 229 American seminaries in order to ferret out any gay men; even those who might have a "close friendship," as observed by other seminarians and faculty. He is also calling in Priests who have been ordained within the last three years for questioning. In fact what this Pope has done is turn Seminarians and Priests into KGB type spies who report on their fellow clergyman to the Vatican. It disgusts me to no end. Major Archdiocese like Washington, D.C. could not function without their gay clergy. There are many more Dioceses that this holds true for also, including those led by gay Bishops.